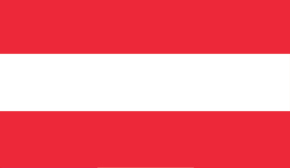 Any osteopath who works in Austria, regardless of his/her education

A voluntary, online-based, closed-ended survey was distributed across Austria in the period between April and August 2020. Participants were asked to complete the forms by filling in the information regarding the demographics, working status and professional activities, education, consultation fees, patient complaints, treatment and management. The survey was completed by 338 individuals.
Seventy-one percent of the respondents were female. Thirty-six percent of the respondents were aged between 40-49 years followed by 33% that were between 30-39 years. The majority of respondents had a previous diploma, mainly in physiotherapy (71.5%, n = 301). A more than six year (47.6%, n = 161) part-time training (98%, n = 331)) was the most frequent training type amongst respondents. The majority of respondents were self-employed (88.2%, n = 298); almost half of them worked in a group practice (45.9%, n = 155). The median average number of consultations per week is 21-25 and the majority spend between 46 and 60 min with a new patient (68.9%, n = 233) and between 30 and 45 min with a returning patient (56.8%, n = 192). The most commonly used diagnostic techniques are: visual inspection, palpation of position/structure, of pain and of movement. The most commonly used treatment techniques are visceral techniques, articulatory/mobilisation techniques, neuro- and viscerocranial techniques, and soft and connective tissue techniques. Most common complaints by body region estimated by the respondents were the lumbar spine, cervical spine and thoracic spine. Most common more specific complaints were non-specific neck and low back pain, lumbar radiculopathy and headache and migraine. Respondents also estimated that patients were mostly self-referred.
The vast majority of respondents strongly define themselves as osteopaths (60.4%) and and even more as healthcare providers (81.9%). Eighty-two percent of respondents strongly agrees with the statement that osteopathy should be regulated by law as an independent profession and 56.8% strongly agrees with osteopathy to be regulated as a first contact medical profession.