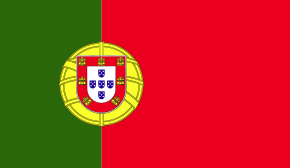 Any practitioner who works in Portugal and defined himself as an osteopath, regardless of his / her education, academic degrees, whether or not different professions are combined, and where and when the training took place.

No funds were received for OPERA-Portugal.

A total of 222 osteopaths participated in the study, and 143 were male (64.4%). Forty-two per cent of the respondents were aged between 30-39 years, followed by 33.3% between 40 and 49. Eighty-four per cent of the respondents were self-employed. The geographic distribution was representative of the demography. Most osteopaths are in the cities, Lisbon with 30%, Porto with 17.1%, and Aveiro with 9.7%. In terms of associative affiliation, AIO was the most represented with 67.4%, followed by OSTEOPAT with 10.6% and FPO with 7.5%. Fifty-six per cent owns their clinic, and 59.4% worked as a sole practitioner. The most representative type of training was part-time (60.8%), with a duration of 3 years (30.6%) and 4 years (31.5%). Therefore, a diploma in Osteopathy (81.5%) was the most common title. However, in the 20-29 age group, the number of full-time students was 10 times higher than part-time students, displaying a change accordingly to the current regulation. ITS with 36.6%, followed by ÎMT with 15.1%, and EOM with 9.5% were the most representative in terms of the training institutes. Seventy-nine per cent had previous health-related training, and of those, 30.5% were massage therapists. The respondents worked between 5 to 6 days per week in clinical practice (59.4%), and the number of patients visited ranged from 0 to 35 per week, with a range of 0-5 new patients per week (56.3%). The most common price for the first and following consultations ranged 31-40€, but 77% declared offering fee reductions. The majority of patients seek osteopathic care for musculoskeletal problems, mainly of the lumbar, cervical, thoracic, and shoulder region. They are consulted almost evenly ‘often’ for chronic (55.8%) and acute (57.6%) problems over the last year. The most common type of complaint was non-specific low back pain (42.8%), non-specific neck pain (41.9%), and lumbar radiculopathy (36.9%). The five most used diagnostic techniques by respondents were palpation of tenderness, palpation of structures/position, palpation of movement, visual inspection, and muscle function testing. The top five of the most frequently occurring osteopathic treatment techniques were GOT/TBA, soft and connective tissue techniques, myofascial techniques, muscle energy techniques, and Progressive Inhibition of Neuromuscular Structures (PINS). As a recommendation, as part of the treatment plan were exercise advice (61.7%), physical activity (56.3%), and pain management (45.9%). Regarding identity, 87% of respondents strongly agree with defining themselves as health practitioners, also, 71% strongly agree with defining themselves as osteopaths. Being regulated is an important concern among Portuguese osteopaths. Eighty-one per cent of the participants answered that regulation could positively affect osteopaths, and 62.6% manifested that osteopathy should be a primary care profession. Additionally, 67.5% strongly agree that osteopathy should be regulated as a first-line medical practice, contrasting with the 38.7% that choose for regulation as an allied profession.