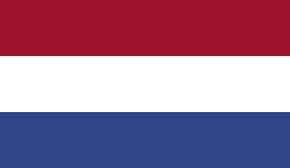 Benelux Osteosurvey 2013: data of the Netherlands

Adults with successful completion of an osteopathic training programme and practising as an osteopath. Any type of training leading to a Diploma in Osteopathy (DO) or equivalent was considered acceptable for inclusion.

Acknowledgements to Mendel Blokland (SWOO) who has been closely involved in this survey and has provided support in every possible way in the preparation of this report. We would like to thank Stat-Gent Crescendo for sending out the questionnaire, collecting the answers (section 2.4) and collaborating on the descriptive analysis, more specifically the analyses described in section 3.4.
We would also like to thank Maurice de Keyser and Monique de Keyser-Hoogenkamp for their cooperation in drawing up the questionnaire, validating the Dutch version and processing the results (3.1.1, 3.3.1 and 3.4).
We also acknowledge Ton Kouwenberg (NVO), who offered his full support and raised the importance of this research with their members.

Objectives: The Commission for Osteopathic Research, Practice and Promotion (CORPP) and the Stichting Wetenschappelijk Osteopathisch Onderzoek (SWOO) identified the need to gather data about the practice profile of osteopaths in the Netherlands to obtain actual figures regarding the profession to guide strategic planning concerning its promotion and future research projects.

Methods: All osteopaths of the Netherlands who could be contacted (n = 627) were invited to complete an online questionnaire survey between December 20, 2012 and March 26, 2013. Descriptive and inferential statistics were used to analyse the data; specific research questions were tested using linear regression and proportional odds models. Results from previous national and international surveys of specific groups in the osteopathic profession were used for comparative analysis.

Results: The response rate was 55.3% (n = 347). Thirty-four percent of the respondents were female. The mean time since graduation was 8.7 years. Almost all respondents were self-employed and in private practice (99%); 35.4% worked in a group practice. They consult an average of 9,3 patients a day (37.4 patients a week) and the majority spend between 46 and 60 min with a new patient (62.8%, n = 213) and between 30 and 45 min with a returning patient (49.6%, n = 168). Practice working hours are on average 32.7 per week. The most commonly used diagnostic techniques are: inspection, palpation of position/structure and assessment of visceral mobility/motility. Only 2.9% of the respondents do not make a diagnosis with every consultation and the vast majority formulate a differential diagnosis before deciding to treat a patient (91.7%). The most commonly used treatment techniques are: visceral manipulation, neuro- and viscerocranial techniques, fascial techniques and general osteopathic mobilisations. Most common complaints by body region estimated by the respondents were the lumbar spine, cervical spine and pelvis. Respondents also estimated that patients were mostly self-referred.

Conclusions: The results provide a benchmark for some aspects of osteopathic service delivery, which may inform potential purchasers of healthcare services; they also provide a baseline for estimating growth and scope of practice in the Netherlands. Further research is required to enhance the validity of information about reported patients.