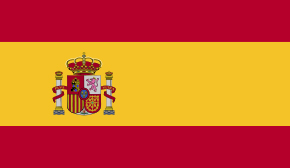 Any practitioner who works in Spain and defined himself as an osteopath, regardless of his / her education, academic degrees, whether or not different professions are combined, and where and when the training took place

A total of 517 osteopaths participated in the study, of which 310 were male (60%). Fifty-three percent of the respondents were aged between 30-39 years followed by 32% that were between 40-49 years. Eighty-nine percent of the respondents were self-employed. Fifty-eight percent owns their clinic and 40% worked as a sole practitioners. Almost all respondents had an academic degree (98%), mainly in physiotherapy (75%). A four year part-time training was the most frequent training type (85%) amongst respondents. The majority of respondents worked 5 days per week in clinical practice (60%) and the number of patients visited ranged from 21 to 30 per week as the most frequent choice (31%). While 51% of respondents declare that their patient database is equally split between men and women, 32% report that they are mostly consulted by women. Sixty-seven percent of the respondents reported to treat patients ranged between 18-40 years very often and 36% to never treat patients younger than one month.

The majority of patients seek osteopathic care for musculoskeletal problems, mainly of the lumbar and cervical region and they are consulted almost evenly ‘very often’ for chronic (55%) and acute (53%) problems over the last year. The five most used diagnostic techniques by respondents are palpation of movement, palpation of structures/position, assessment of tender and trigger points and assessment of visceral mobility/motility and cranium. In the top five of the most frequently occurring osteopathic treatment techniques are mobilization techniques followed by visceral, fluid, cranial and functional techniques.