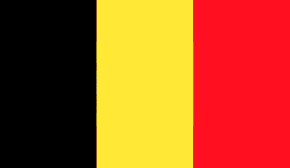 OPERA was carried out in Belgium twice: in 2013 and more recently in 2019. Both surveys are reported below.

Acknowledgements to the entire Board of the Belgian Osteopathic Association (BVBO/UPOB) and especially to Eric Dobbelaere who has been closely involved in this survey and has provided support in every possible way.

A voluntary, online-based, closed-ended survey was distributed across Belgium in the period between May and September 2018. Participants were asked to complete the forms by filling in the information regarding the demographics, working status and professional activities, education, consultation fees, patient complaints, treatment and management. The survey was completed by 332 individuals.
Thirty-one per cent of the respondents were female. The majority of respondents had a previous academic degree, mainly in physiotherapy (65.8%, n = 239), 20.1% (n = 73) declared not to have a previous academic degree. Almost all of respondents were self-employed (99.4%, n = 330); half of them worked in a group practice (47.6%, n = 158). The median average number of consultations per week is 31-35 and the majority spend between 30 and 45 min with a new patient (52.1%, n = 173) and with a returning patient (68.7%, n = 228). The most commonly used diagnostic techniques are: palpation of position/structure and of movement and palpation of pain. The vast majority
performed an exclusion diagnosis often to very often before deciding to treat a patient (88.6%, n = 294). The most commonly used treatment techniques are articulatory/mobilisation techniques, visceral techniques, HVLA techniques, and myofascial techniques. Most common complaints by body region estimated by the respondents were the lumbar spine, cervical spine and pelvic girdle. Most common more specific complaints were non-specific low back and neck pain, lumbar radiculopathy and headache and migraine. Respondents also estimated that patients were mostly self-referred.
The vast majority of respondents strongly define themselves as osteopaths and healthcare providers and see osteopathy as a separate first contact medical profession. An overwhelming majority of the respondents have a great desire for better cooperation with other healthcare professions and better reimbursement for osteopathic care for their patients.

Adults with successful completion of osteopathic training programme and practising as an osteopath. Any type of training leading to a Diploma in Osteopathy (DO) or equivalent was considered acceptable for inclusion.

Acknowledgements to Eric Dobbelaere (GNRPO vzw), who has been closely involved in this survey and has provided support in every possible way in the preparation of this report. We would like to thank Stat-Gent Crescendo for sending out the questionnaire, collecting the answers (section 2.4) and collaborating on the descriptive analysis, more specifically the analyses described in section 3.4.
We acknowledge all board members of the professional associations of osteopathy from Belgium who offered their full support and raised the importance of this research with their members.
In particular, we mention here their chairmen: Maurits Roothooft (BAKO), Stefaan Denooze (ROB), Christian Gérard (SBO-BVO), Jean Ruwet (UBO-BUO), Michel Van den Abeele (UKO) en Alex Boon (UVO).

Objectives: The Commission for Osteopathic Research, Practice and Promotion (CORPP) identified the need to gather data about the practice profile of osteopaths in Belgium, to obtain actual figures regarding the profession to guide strategic planning concerning its promotion and future research projects.

Methods: All Belgian osteopaths who could be contacted (n = 1,357) were invited to complete an online questionnaire survey between December 20, 2012 and March 26, 2013. Descriptive and inferential statistics were used to analyse the data; specific research questions were tested using linear regression and proportional odds models. Results from previous national and international surveys of specific groups in the osteopathic profession were used for comparative analysis.

Results: The response rate was 51.7% (n = 702). Twenty-six percent of the respondents were female. The mean time since graduation was 12.2 years. The vast majority of respondents were self-employed (93.6%, n = 613) and in private practice (90.2%, n = 591); one third worked in a group practice (32.1%, n = 210). They consult an average of 8.7 patients a day (37.8 patients a week) and the majority spend between 30 and 45 min with a new patient (51.9%, n = 327) and with a returning patient (72.4%, n = 456). Practice working hours are on average 28 per week. The most commonly used diagnostic techniques are: inspection, palpation of position/structure and of movement. Only 2.1% (n = 13) of the respondents do not make a diagnosis with every consultation and the vast majority formulate a differential diagnosis before deciding to treat a patient (89.4%, n = 563). The most commonly used treatment techniques are: general osteopathic mobilisations, visceral manipulation, soft and connective tissue techniques, and neuro- and viscerocranial techniques. Most common complaints by body region estimated by the respondents were the lumbar spine, cervical spine and shoulder girdle. Respondents also estimated that patients were mostly self-referred.

Conclusions: The results provide a benchmark for some aspects of osteopathic service delivery, which may inform potential purchasers of healthcare services; they also provide a baseline for estimating growth and scope of practice in Belgium. Further research is required to enhance the validity of information about reported patients.